skip to main | skip to sidebar

how to cook palitaw

If you must know, cooking is NOT one of my passions. The thought of going through all the trouble of choosing the dish, the perfect ingredients, peeling, slicing, spicing, mixing, sauteing, boiling, frying, waiting, etc. then arranging and garnishing the finished product (which will probably be demolished in 345 seconds flat) exhausts me.

Dishwashing is more to my taste and disposition. Give me a stack of dirty dishes every now and then and I will gladly whip them to a greaseless sparkle in good time. Not in a rush, mind you, for there is a system and a time frame for washing dishes. I find dishwashing so relaxing (it's important to remember not to hurry), hands moving, brain not working. It is so "cleansing," don't you agree? :-)

But I digress. I am going to weblog about cooking. And today's lesson is inspired by what I witnessed the other day when we visited my Tito Arnold in the outskirts of the city. His cook named Jaime makes the best humba ever. Promise. However, I am not going to post about how to make humba because, ahh, the pictures of pig's hocks swimming in fat are somewhat... how shall I say it? Gross.

The cooking methods and utensils employed here are rather crude, but it sort of blends with what I have posted about yesterday, which alluded to life circa 1940's. And the star of today's entry/entree is the humble native dessert called the palitaw as cooked in the ubiquitous "dirty kitchen" in Philippine households.

First thing: use sugnod from fallen branches of neighboring trees to fire up the pot (who can't call the kettle black) teetering on a clay sug-ang. Let's remove the lid and take a peek at what's cooking... it's just water briskly coming to a boil as a wad of tanglad (lemon grass) leaves floats around, to give a tangy bite to the water. Meanwhile, prepare the dough by mixing rice flour (1 cup) with water (3/4 cup). Make balls using your fingers and palm then flatten the balls into rounded or tongue-like shapes. When the palitaw has "lutaw-ed" it means that it is already cooked! So you remove all the "floaters"... and drain them on an upside down steamer. Draining and cooling are very important. Otherwise we'd have a soggy palitaw. Then drop the flat palitaw on to a plate of grated lubi (coconut). Coat both sides of the palitaw with grated lubi
. Clockwise: on mustard colored plate (flattened rice dough), in green bowl (linga: sesame seeds and sugar), on plate with blue flowers (grated lubi) and saving the best for last, on the white plate, the finished product with all the works. Actually, this is not the finished product yet as it lacks the linga sprinkle (linga sprinkled to taste on top of the palitaw that has been smothered with grated lubi). The linga adds a special taste to the palitaw. In fact without any linga I can eat only a certain number of palitaws at one time. If there is linga, I can eat a few more, like maybe... oh never mind.

About linga, I love that word kasi it makes your look smart when you tell people that linga is sesame seeds. Kaka suprise how many Pinoys don't know they are one and the same :)

OOOHHHH!
This is one of my favorite kakanins! :)
TBR 11 round-up is here: http://jaaraf.blogspot.com/2008/06/time-to-go-on-food-trip.html
Thanks for joining!

Speaking of tanglad (lemon grass), a lot of people from Luzon don't know what tanglad is. I just wonder why it didn't become a hit in Luzon. Down south, lechon and roasted chicken (chicken roast in fine cuisine)are always stuffed with tanglad.

And there is also the tanglad drink. I was introduced to it in one of these Malaysia-themed restos at Shang Ortigas. Why we Pinoys didn't think it up first boggles the mind.

this was my favorite merienda when we were clerk and manang "da" (short for ganda) used to sell kakanin to us in the callroom...

What I've been posting about

Once upon a time 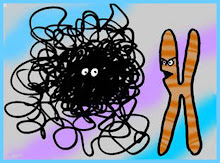 I can't believe you're not condensed yet.